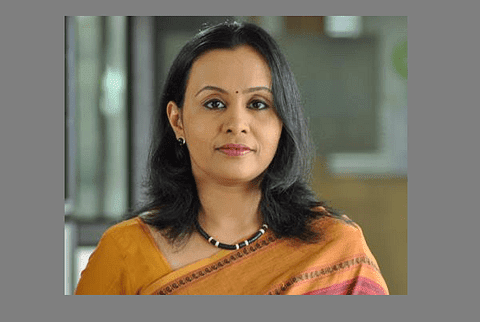 PG with Physics from the University of Kerala

Veena had started her career as a journalist and news anchor with Kairali TV. In fact, at one time, she had become the most popular Malayalam News anchor of Kerala. At the culmination point of her journalistic career, she had joined CPM to enter the world of politics. She had previously been associated with SFI.

Veena has recently been inducted into the Kerala government cabinet led by Viajayan. She has been made the new health minister of Kerala. She has to take the burden of doing justice to the trust shown on him. She has replaced K. K. Shailja, who is credited to have controlled Nipah virus outbreak in Kerala. However, Shailja had not shown similar level of success with Covid – 19 outbreak in the state.

Veena Joseph George is the health minister of Kerala. She is a two time MLA and has been inducted into the cabinet for the first time. She is among the two women ministers in the new ministryled by Vijayan. It may be noted that all ministers are new faces in this cabinet.

·       Veena George had once complained against a small time BJP worker named Sooraj. The fault by the worker was to post an image of the bus stand of her constituency on his Facebook timeline and asking Veena George about its renovation. The act was criticized by people who said that being a high profile journalist Veena should understand and give value to the freedom of expression.