Lakshmi Hebbalkar is a prominent Congress leader and MLA of Karnataka. She is widely considered as the most powerful leader in the Belgaum region. She is also the President of Women’s Wing of Karnataka Congress.

Lakshmi is also quite controversial because of many shady business deals with which she seems to be involved with. Her relationship with D. K. Shivakumar, one of the richest ministers of India, is well – known. It is believed that she is the front through which D. K. Shivakumar has invested money in many overseas mining businesses, including a coal mine in Indonesia. For Congress, she is a fort through which it controls powerful and rich Jarkiholi brothers. 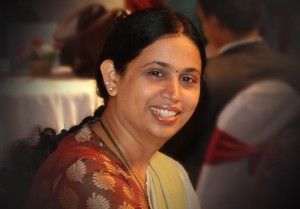 Wiki and Bio of Lakshmi Hebbalkar

Lakshmi was born in 1975 in Belgaum. She has been a brilliant student since her school days. She was an extrovert girl who used to mingle with boys easily. Her powerful communication skills made her a popular figure. She is a Post Graduate in Political Science from Mysore University.

Lakshmi is married to Ravindra Hebbalkar. The Hebbalkar family is undoubtedly the most influential in Belgaum. They are also perceived to be involved in massive corruption.

When Lakshmi had filed affidavit with her nomination form before 2013 Assembly Election, she had declared her asset to be only Rs. 5 lakhs. Well, that can be termed as a crude joke that politicians of India love to play.

It is simply impossible to write anything about the asset of Lakshmi. She has used her position in the Congress to amass huge property. She got 10 guntas land allotted in her name in the heart of Belgaum. The land was supposed to be for the construction of District Congress office. But, she got it for herself.
Further, she got sanctioned loan of Rs. 215 Crores by seven cooperative banks of Belgaum against only Rs. 51 Crores of security. 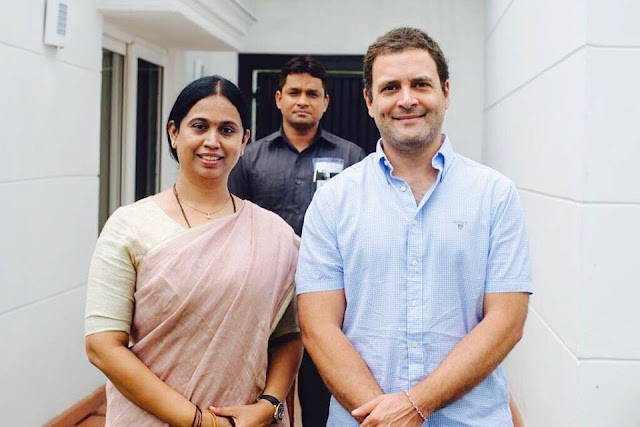 Karnataka Power Corporation is buying coal from Indonesia for its thermal power plants. And, that Indonesian mine is also believed to be of Lakshmi, as alleged by the BJP.

Recently, she was made the Chairman of Mysore Minerals Limited by Congress. The post was given to pacify her demand for a ministerial berth.

As mentioned above, Lakshmi is married to Ravindra Hebbalkar. Ravindra has helped Lakshmi to be politically strong in the region. He has the power and influence to make eye contact with dangerous Jharkhiholi brothers, known for their ruthless ways to eliminate rivals. Jharkhiholi brothers are also with Congress.

The full name of Lakshmi is little bit confusing. The confusion is more because of her residential area, Belgaum. People think that she is a Marathi (-kar). However, she is not a Marathi. By caste, she is a Lingayat.

IT Raids on Lakshmi Hebbalkar

Lakshmi Hebbalkar's premises have been raided by the Income Tax department this year for two times. The IT department is yet to disclose anything about finding. The case is going on against her.